Cowra has an extensive history and story to tell about the role of peace. Drawing on the events of the Cowra Breakout with the Japanese and Italian prisoners of war, the World Peace Bell, the Japanese Garden, Peace Precinct and ongoing commitment to international understanding, Nicholas has composed new music that reflects all of this. He has included the World Peace Bell (outside Cowra Civic Centre) as an instrument in the composition.  Instead of a live performance at the Centre which isn’t possible with Covid-19 restrictions in place, the orchestral work will be broadcast through sound systems on the back of vehicles which will be driven slowly through the residential streets of Cowra, taking the music to the people.

The music is structured in three movements and runs for 16 minutes. The first movement is about the human story, the human struggle between having someone as an enemy but then the human side… the cognitive dissonance. The second movement, which was largely inspired by Cowra’s Japanese Garden, is divided into four musical ideas: rebirth, growth, the cherry blossom, and finally the fleeting nature of life.   The third and final movement of the suite, described by Nicholas as “epic”, is composed for full orchestra, choir and soloists with poetry lyrics by local singer songwriter, Lusi Austin. Sung in English, Korean, Thai, Italian and Japanese, the theme is world peace. The message of the work is “live the path of peace”, which is fitting given Cowra’s history and connection to peace and reconciliation. CLICK HERE to listen to an interview with Nicholas about his composition on SoundCloud. A new window will open. The recording will be launched at 5pm on Monday 21st September with the vehicles driving slowly through the residential streets of Cowra for three hours. Residents are encouraged to step outside their front doors to listen to the music as it passes by taking a moment to reflect on World Peace Day. Download the maps CLICK HERE to listen to the full composition.  World Peace Day: Monday 21 September, 2020 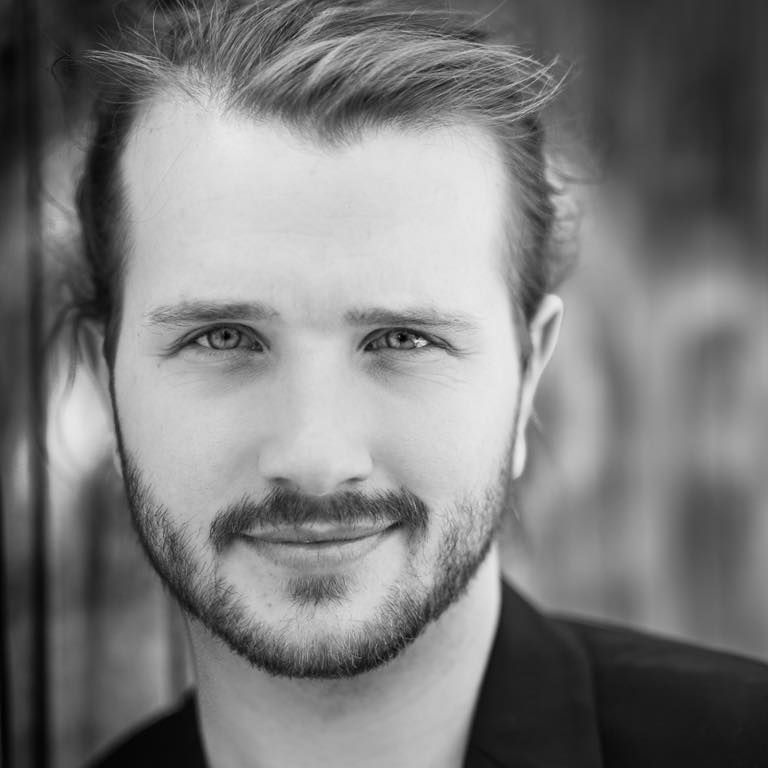 Cowra Civic Centre welcomed composer, singer, conductor and teacher, Nicholas Gentile for our artist in residence program from August 10 to September 4.  Nicholas composed new music for World Peace Day 2020 drawing on Cowra's history and role in peace. He also ran composition workshops for secondary students and for adults over the 4 weeks he was in residence at Cowra Civic Centre.

ABOUT NICHOLAS GENTILE Nicholas has established himself as a fine talent in the music industry with shining testimonials concerning theatre, performance and composition. A proud graduate of the prestigious Talent Development Project, Nicholas has performed and studied around the world.   His BMM scholarship allowed Nicholas the opportunity to study conducting on the West End under Denise Ham and Colin Pettit on Les Miserables. In 2013, Nicholas travelled to Broadway through the Talent Development Project to work with composers such as Stephen Schwartz (Wicked, Godspell, Pippin) and Alan Menken (The Little Mermaid, Sister Act, Aladdin), going on to perform in theatre venues around New York and Washington such as Don’t Tell Mamma and The Kennedy Centre. He was invited back as a student in the Marvin Hamlisch Broadway Conductors Program. Back home in Australia, Nicholas became the Chief conductor of the Sydney Girls Orchestra.    Nicholas was later invited back by the ASCAP Foundation and has since participated in the development of new musicals as a performer and Musical Director under the direction of Stephen Schwartz.    Nicholas is the composer of La Creole, Together Apart, and a musical short film trilogy online (Identical, Devoted, Loving) starring Philip Quast. He has worked as a composer and orchestrator on various short films for international film festivals. Most recently Nicholas has been commissioned by Fine Music Australia to write a new Opera entitled Émile & Voltaire. His opera was developed in Italy in 2019 as part of the Puccini International Opera Composition Program and was to premiere in Lucca, Italy in 2020 but has been delayed because of Covid-19.    As a teacher Nicholas has designed the musical theatre curriculum for the Sydney Actors School and continues to teach musical theatre at the Australian Institute of Music, occasionally joining the staff at NIDA.    Nicholas is the creator and producer of Broadway Reimagined, which is now travelling internationally, throughout the corporate and cruise sectors.
© 2019 Cowra Civic Centre